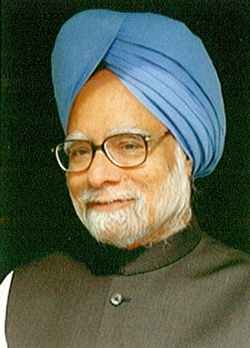 Academic credentials burnished by the years spent on the faculty of Punjab University and the prestigious Delhi School of Economics. After a brief stint at the UNCTAD Secretariat, appointed as Secretary General of the South Commission in Geneva between 1987 and 1990. His book, "India's Export Trends and Prospects for Self-Sustained Growth" [Clarendon Press, Oxford, 1964] was an early critique of India's inward-oriented trade policy. Formerly Economic Advisor, Commerce Ministry, GOI, 1971. Chief Economic Advisor, Ministry of Finance, 1972; Secretary, Ministry of Finance; Deputy Chairman of the Planning Commission; Governor Reserve Bank of India; Advisor of the Prime Minister; Chairman University Grants Commission. India's Finance Minister for 5 years brought turning point in the economic history of independent India, Dr. Singh spent five years between 1991 and 1996. His role in ushering in a comprehensive policy of economic reforms is now recognized worldwide. This period is inextricably associated with the persona of Dr. Singh. India's fourteenth Prime Minister, Dr. Singh is rightly acclaimed as a thinker and a scholar and is well regarded for his diligence and his academic approach to work, as well as his accessibility and his unassuming demeanour. Represented India at many international conferences and in several international organizations; led Indian Delegations to the Commonwealth Heads of Government Meeting in Cyprus, 1993 and to the World Conference on Human Rights in Vienna, 1993. In his political career, a Member of India's Upper House of Parliament since 1991 as well as Leader of the Opposition between 1998 and 2004.

Awards/Honours: Honoured by a number of other associations including the Japanese Nihon Keizai Shimbun; Recipient of honorary degrees from many universities including the Universities of Cambridge and Oxford; Wright's Prize for Distinguished Performance at St. John's College in Cambridge, 1955; Adam Smith Prize, University of Cambridge, 1956; India's second highest civilian honour, Padma Vibhushan, 1987; Euro Money Award for Finance Minister of the Year, 1993; Asia Money Award for Finance Minister of the Year, 1993 and 1994; Jawaharlal Nehru Birth Centenary Award, Indian Science Congress, 1995; Honorary Doctorate of Letters (D.Litt.), BHU; FAO Highest Distinction the Agricola Medal; Grand Cordon of the Order of the Paulownia Flowers, Government of Japan, 2014.