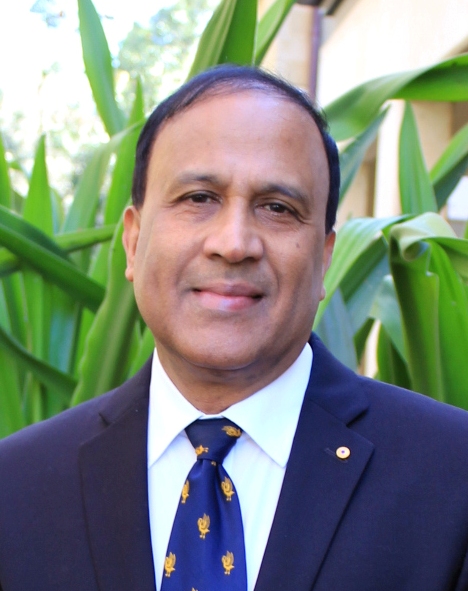 Awards/Honours: Outstanding Service Award, Agriculture Western Australia 1999; Innovation and Technical Excellence Award, Pulse Improvement Team, Agriculture Western Australia 1999; Urrbrae Award for "Outstanding Contribution to Australian Agricultural Science and industry", Urrbrae Memorial Trust 2001; Indian Society of Pulse Research and Development (ISPRD) prestigious award: ISPRD Gold Medal 2009; Queen's Birthday Honours Award with Member of the Order of Australia (AM) 2011; The Prestigious Hackett Professor of Agriculture Chair, The University of Western Australia 2012; Dunhunag Award by China's Gansu Provincial Government 2013; Western Australian Year 2014 (CitWA); Named among the The Knowledge Nation 100 - a group of Australians named in The Deal Magazine as the "stars of the Australia innovation constellation 2015; FAO as Special Ambassador for the International Year of Pulses 2016. In 2016 received the Grains Industry Association of Western Australia (GIWA) award for life time contribution to the pulse industry. In December 2016 Government of India Minister for Agriculture honoured for his outstanding contributions to global pulses research and development. In October 2017 received the Global Agricultural Research Leadership from the Indian Council of Food and Agriculture for his contribution to Dryland Agriculture. ). In December 2018 elected as Fellow of the African Academy of Sciences (first Australian to be elected to the Academy). In January 2019 received the excellence award for community service from the World Malayalee Council (WMC). In October 2019 received The Friendship Award from the Chinese Central Government (the highest award for a foreign expert) in recognition of his outstanding contributions to agricultural science and education in China over the years.